A passionate team of researchers, scientists, and engineers, Breezing is a technology transfer project out of Arizona State University. They’ve developed a revolutionary medical device that can measure a patient’s metabolism REE (Resting Energy Expenditure) purely from their breath, telling patients and clinicians how many calories they burn.

This reading is extremely accurate and provides much more valuable data to clinicians than traditional REE calculators which give an estimate based on patients’ age, height, weight, and activity level. Instead, Breezing provides data specific to each patient that uses it, allowing clinicians to give better and more meaningful care.

While Breezing engineered the mask hardware itself, they turned to Synapse to build a HIPAA-compliant, Bluetooth Low Energy-capable companion app to communicate with the device, initiate tests, and store results in a secure environment.

This project presented a few initial challenges to overcome: accurately replicating the measurement logic, interfacing with an external hardware component over BLE, creating an app that was HIPAA / FDA compliant, and recreating the user experience to be tailored towards the time-crunched lives of the clinicians that would be including Breezing into their daily practices.

This project also presented new challenges along the way: creating a separate version of the app which stored data locally to a device for partners that did not want cloud storage, setting up private distribution for the local storage app, and facilitating over-the-air firmware updates for the hardware. 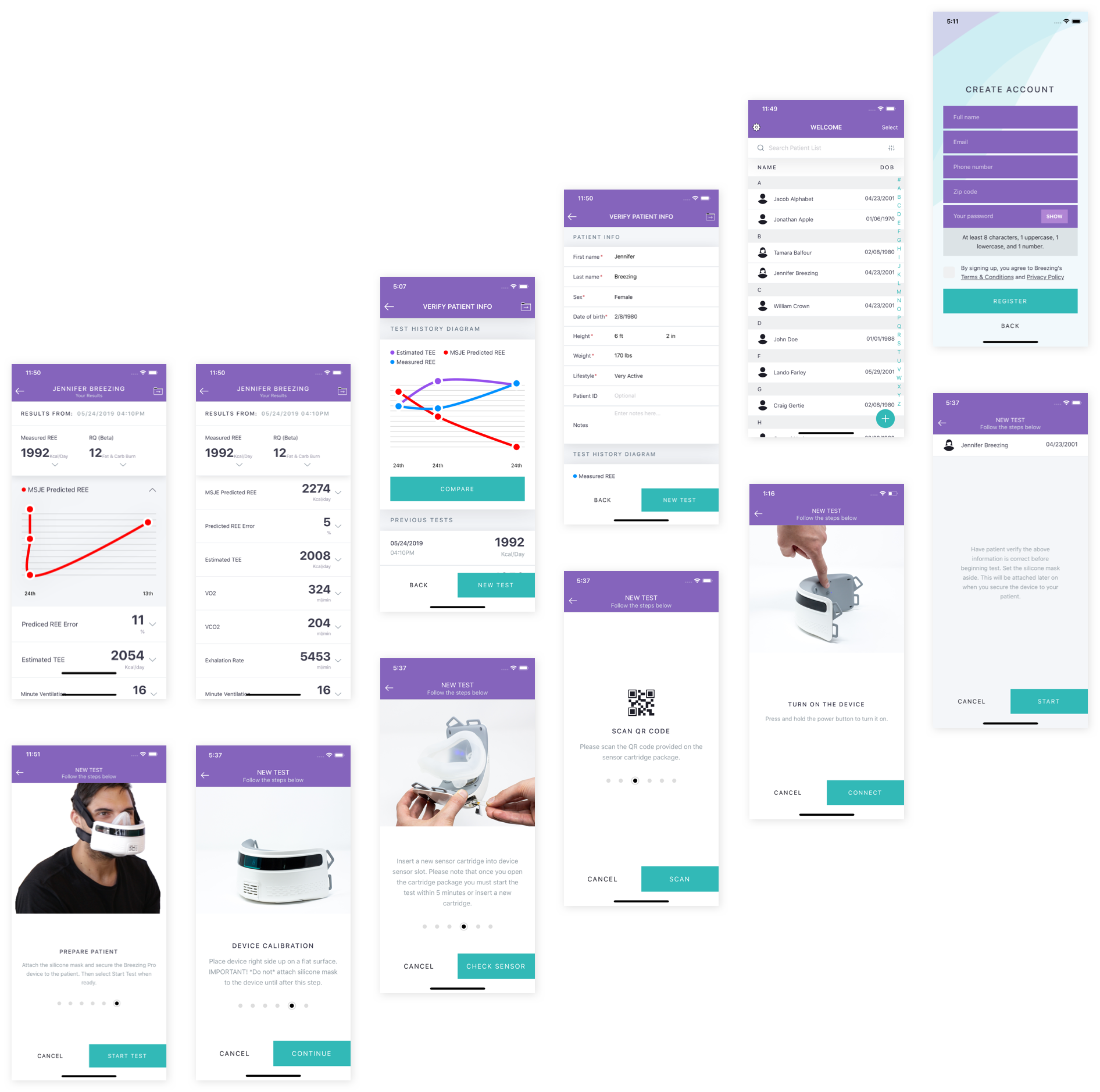 Synapse started the project by designing the app with the end-user in mind. The app needed to be easy-to-use and allow clinicians to quickly fire off tests without the confusion of option overload. Breezing was consulted throughout design to bring the idea to life.

Synapse worked directly with the Breezing team to ensure the measurement data interpolation logic was being executed correctly and produced accurate results.

Synapse utilized our talented development resources to solve some complex external hardware Bluetooth communications problems to ensure our goals were being met in a timely fashion.

While we’ve worked on a number of HIPAA-compliant apps, we also consulted with FDA compliance experts to ensure all the i’s were dotted and t’s were crossed.

A major feature need was the ability for the app to execute a firmware update on a connected device. Problematically, previous-generation devices did not allow for this functionality and the Breezing team was working on the new device feature in parallel to app development. In order to avoid a “handoff” from Breezing to Synapse, we developed the feature against a Texas Instrument test board. This allowed us to build the feature app-side before the capability was available in the devices themselves, which cut down the deliverable runway considerably.

Midway through development of the initial app project, we were asked to create a version of the app that did not store data in the cloud. This was quite a shift in essential functionality but we were able to make this change in a short amount of time, in a scalable manner. Our approach made a molehill out of a mountain.

In order to distribute this app privately (not seen in the public app store), we utilized the Apple Business Manager toolkit which allowed us to distribute redemption codes to targeted parties which downloaded the private app directly onto their iOS devices.

In the end, we shipped a sleek native app for Breezing on Android and iOS that delivered the functionality and capabilities they desired, and then some.

During development, the app was presented at different events and conferences and was received with positive reviews by the user-base for which the app was intended.

Our hope is that the Breezing measurement device and our accompanying app significantly alter people’s health journey, empowered with the data it provides.

Ready to start your project?